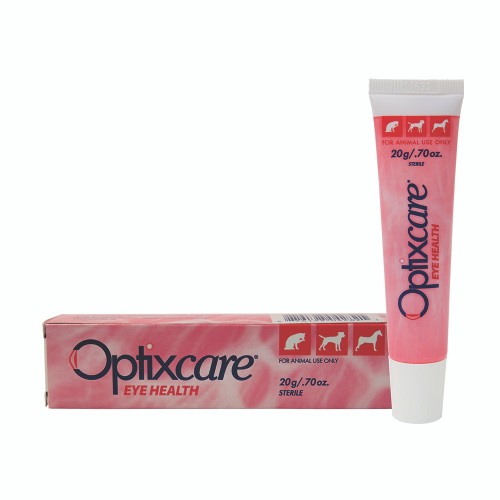 Older pets and those with chronic eye diseases often experience discomfort. Optixcare Eye Health provides superior antioxidant support to promote healthy eyes. Our proprietary formula includes four powerful antioxidants that have proven anti-aging effects that delay the onset and progression of degenerative diseases in the eyes. Optixcare Eye Health helps the eyes of dogs and cats stay healthier. We use the following antioxidants: Resveratrol, Asthxanthin Pyruvate, and Epigallocatechin gallate (EGCG). Resveratrol is found in red grape skins and wine that alleviates oxidative stress and inflammation associated with aging. Asthxanthin is found in microalgae, salmon and shrimp and is called super vitamin E because it has 100-fold higher antioxidant activity than other forms of vitamin E. Pyruvate is a naturally occurring antioxidant in the body that plays an important role in metabolism and the energy production process. Pyruvate is beneficial in reducing oxidative stress and inflammation. EGCG is found in green tea and not only has 10-fold greater antioxidant activity than vitamin E, but also beneficially chelates excess iron to reduce the generation of free radicals.

Apply one or two drops onto the corneal surface or conjunctival sac of both eyes twice per day or as recommended by your veterinarian.