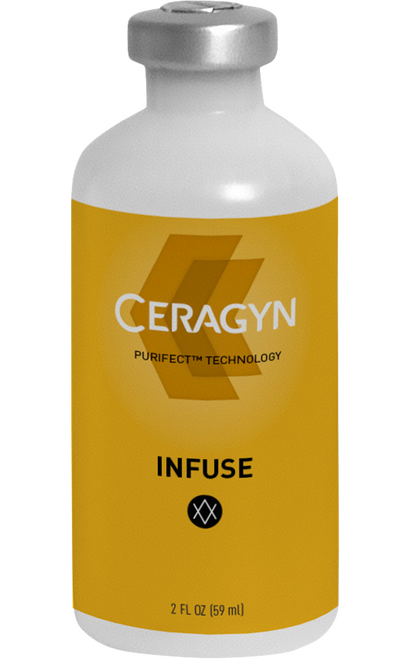 Ceragyn Infuse should be used during estrus and be administered no later than 24 hours prior to insemination. It may also be used post ovulation until the cervix has closed. Pre-Breeding: Lavage as necessary, depending on the mares condition. Lavage can be used multiple times up to 24 hrs prior to breeding. Post-Breeding: After a minimum of 12 hrs post breeding, the mare can be lavaged or infused.Typical protocol would be to lavage the mare 12-24 hrs after breeding with the option to use the Infuse product daily (as necessary) up to the time of the closure of the cervix.